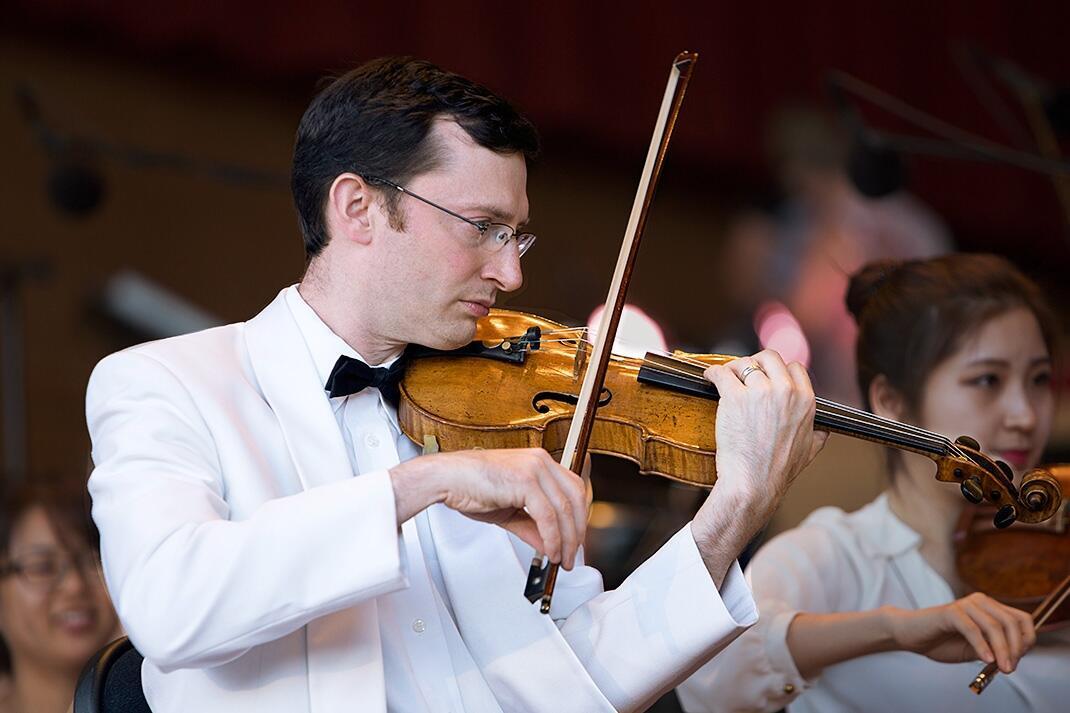 Violinist Jeremy Black has been Chicago’s Grant Park Orchestra’s Concertmaster since 2005, and a member of the Pittsburgh Symphony Orchestra’s first violin section since 2002.
A native of Evanston, Illinois, he started the violin at age five, and was soon accepted to the studio of Mark Zinger, retired faculty member of DePaul University and a student of virtuoso David Oistrakh.

At age twelve, Mr. Black was applauded for his “musical fire” and “effortless technique” by the Chicago Tribune in his debut performance with the Chicago Symphony Orchestra, winning first prize in the nationally broadcast 1991 Illinois Bell/WTTW Young Performers Competition.

It was rare and wonderful to hear a violinist and an orchestra be so on the same page…Black played the solo sections with dazzling precision and exquisite intonation even in the highest register.

At Grant Park, Mr. Black has received critical acclaim for his leadership and solos, including a collaboration in 2008 with Pinchas Zukerman of J. S. Bach’s Concerto for Two Violins.

Mr. Black’s orchestral career began in 2000 as a section first violinist in the Grant Park Symphony Orchestra and a frequent substitute with the Chicago Symphony Orchestra. Now splitting his time between Pittsburgh and Chicago, he has performed numerous recitals and given masterclasses and coachings in both regions, and is strongly committed to community service and teaching at Pittsburgh-area hospitals, schools, and youth music programs. His violin was made by Lorenzo and Tommaso Carcassi, dated 1783.