Classical Campers provides an appealing, artist-led introduction to classical music through engaged storytelling and interactive workshops in and around Millennium Park's Jay Pritzker Pavilion. During the 2021 Festival, due to the ongoing pandemic, the Festival's Project Inclusion fellows 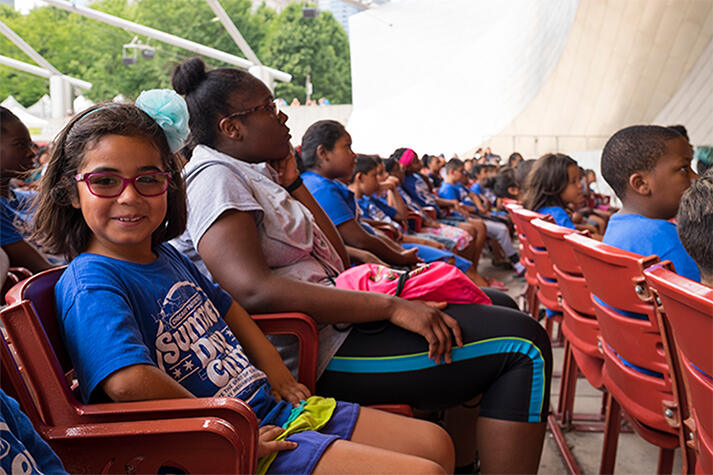 brought programming to the neighborhoods, including a number of Chicago Park District locations in support of Mayor Lightfoot’s Invest South/West priority neighborhoods for kids 6-12. 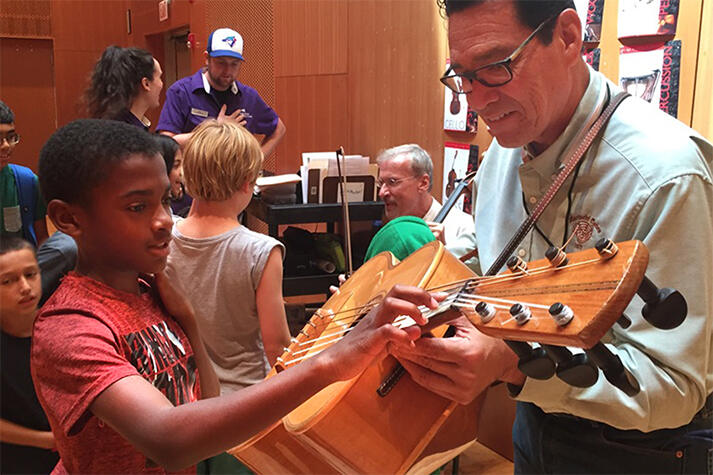 welcomes some 1,500 youngsters to the Jay Pritzker Pavilion for up-close, artist-led programming, including a front-row seat during a working rehearsal of the Grant Park Orchestra.

Classical Campers is available through the Chicago Park District's day camps program. To find out if your neighborhood park participates in the Classical Campers program, contact your park's camp director.

Do you have questions about the program?