2017 Advocate for the Arts Awards Benefit 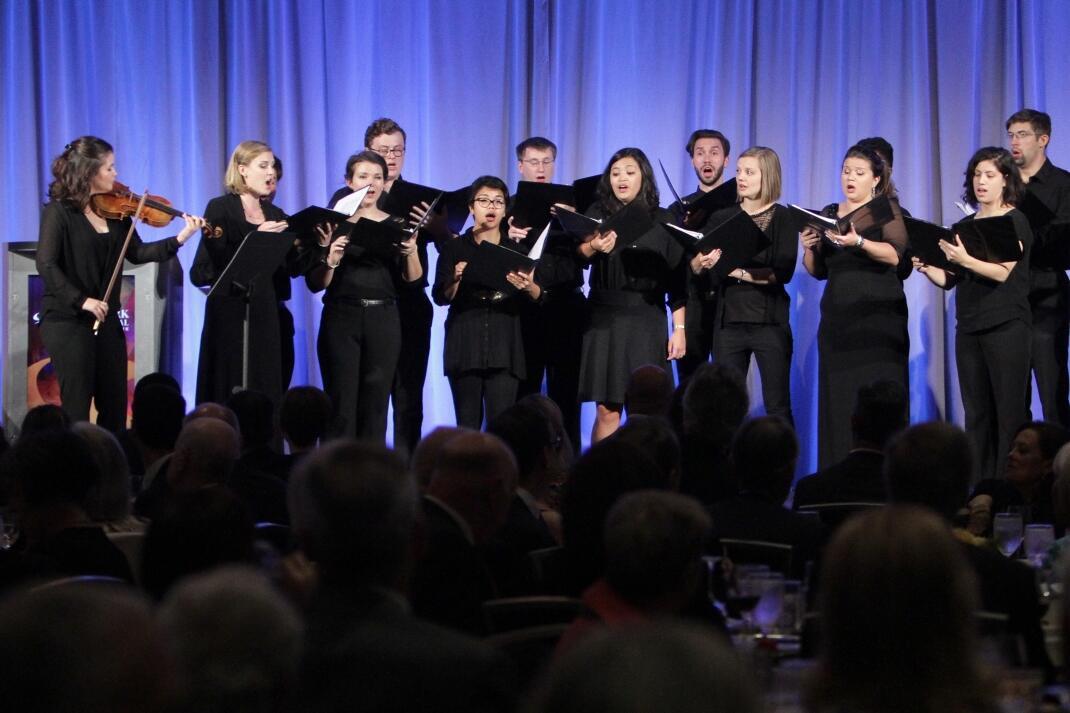 The Grant Park Music Festival raised more than $500,000 at its signature fundraising event, the Advocate for the Arts Awards Benefit, on Tuesday, October 17 at the Fairmont Chicago Millennium Park. The funds raised will support the Festival’s free ten-week classical music series at the Jay Pritzker Pavilion in Millennium Park, and help to underwrite Festival Connect, its artistic and community engagement initiative, which benefits more than 800,000 children and adults from Chicago and around the world.

A highlight of the evening was the presentation of the Festival’s Advocate for the Arts Award to Anish Kapoor, creator of Millennium Park’s Cloud Gate, who returned to Chicago for the first time since 2006 to receive this award. As he introduced Kapoor to the audience, John Bryan of the Millennium Park Foundation declared: “Cloud Gate and the Grant Park Orchestra and Chorus represent the very best in the arts.”

Other honorees include civic and arts leader Ginger Meyer, who was lauded for her outstanding contributions to the arts in Chicago and her commitment to the Grant Park Music Festival, along with The Arts Club of Chicago, in celebration of its 100th anniversary. Helyn Goldenberg, president of The Arts Club, accepted the award on their behalf.

A total of 400 of Chicago's civic leaders and cultural elite attended the event and were treated to a performance by the 2017 fellows of the Festival’s Project Inclusion String Quartet, a professional development program that aims to increase diversity among orchestra ensembles. The event also showcased the Festival’s Apprentice Chorale, a program in partnership with DePaul University and the University of Illinois at Chicago. Now in its 12th year, the Apprentice Chorale offers advanced vocal students the opportunity to work with Grant Park Chorus Director Christopher Bell. They were joined by the inaugural class of Project Inclusion Vocal Fellows, who spent the summer working with the Grant Park Chorus and Apprentice Chorale and received mentoring from Christopher Bell and Carlos Kalmar.

Project Inclusion and the Apprentice Chorale are just two of the programs of Festival Connect, the comprehensive initiative aimed to increase music education and engagement opportunities for audiences of all ages. This summer, music lovers throughout the city had a chance to hear the Grant Park Orchestra and Chorus, as well as the Project Inclusion String Quartet, Project Inclusion Vocal Fellows and Apprentice Chorale in neighborhoods throughout the city. The Young Artists Showcase, along with the arts immersion program, Classical Campers, the Festival’s pre-concert lectures and open rehearsals, round out the suite of programs that comprise Festival Connect.