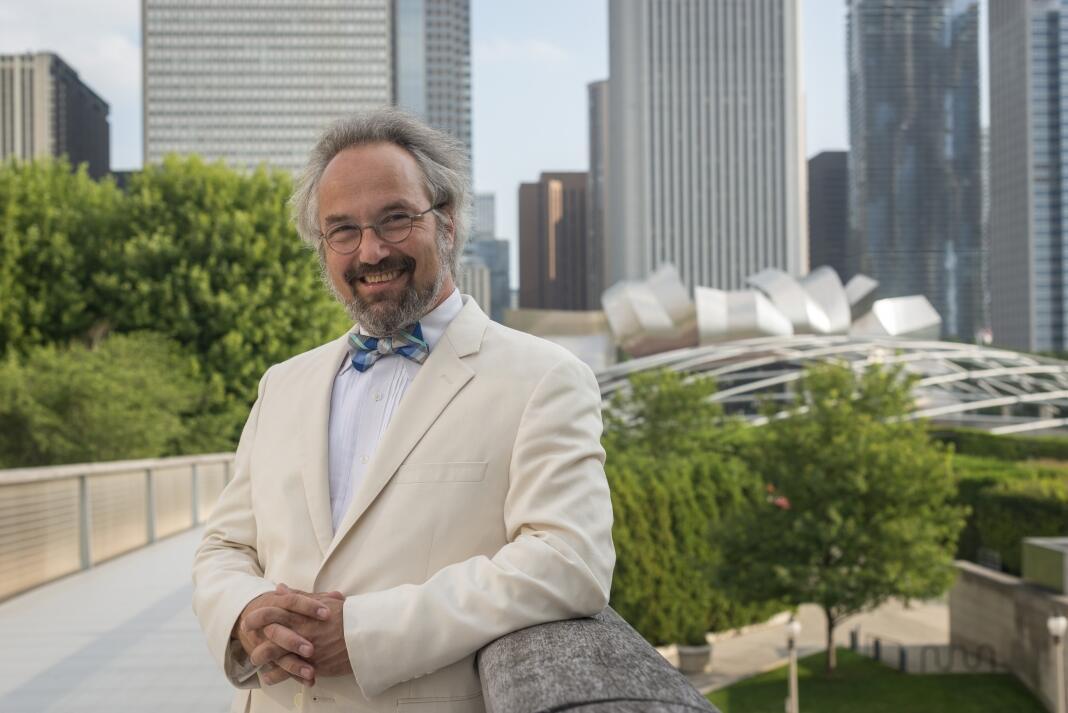 On a warm summer night in Millennium Park, the lights of the city twinkle and the air is filled with beautiful music as you turn to your friend and exchange a glance that says "I'm so glad we're here." You're experiencing the Grant Park Music Festival, which, for 85 seasons, has sparked the same feelings for thousands of fans.

What does it take to organize the nation's only free, outdoor classical music series? As artistic director and principal conductor, Carlos Kalmar has had that responsibility for the last 20 years. Born in Uruguay to Austrian parents, Kalmar forged his creative path early, studying conducting in Vienna at age 15. Praised by critics and orchestras alike, he has performed with and directed some of the great orchestras of Europe and the U.S. He established his mastery of the art by winning first prize in a prestigious conducting competition in Vienna in 1984.

On the occasion of this significant anniversary, Kalmar talks about putting together repertoire for one of the most important seasons in the history of the Festival.

“You’ll hear a mix that is designed to please everybody in the city and beyond. We’ll have amazing orchestral and choral music, and lighter fare, for fans of Broadway and film music. We package everything into 10 weeks for an absolutely astounding program.”

Toward the Festival’s goal of being essential to the vitality of the city and connecting people of all backgrounds to symphonic music, Kalmar invites everyone to be a part of the magic in Millennium Park. "The experience of beautiful music in a beautiful setting with friends is an irresistible experience. I think that makes for a perfect evening.”