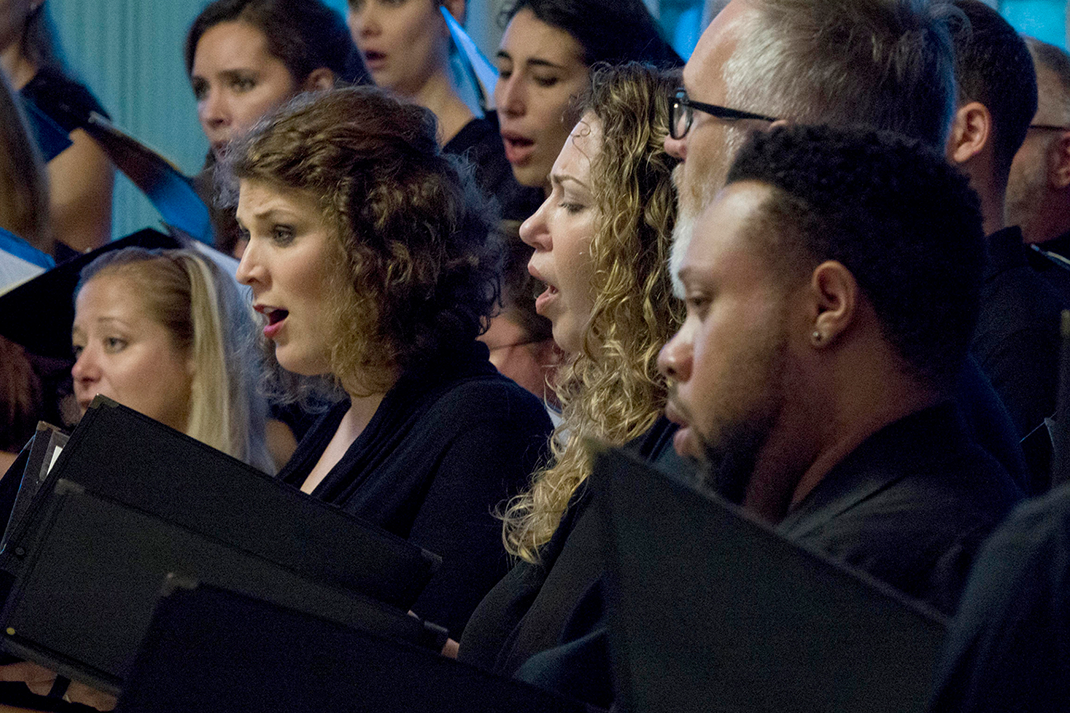 In 1962, Thomas Peck, a young singer and choral conductor founded a vocal ensemble to perform at Chicago's summertime concert series along the lakefront. Sixty years on, the Grant Park Chorus is among the best in the world.

"Thomas Peck had joined the Chicago Symphony Chorus as a singer and was mentored as a conductor by CSO Chorus founder Margaret Hillis," said Grant Park Chorus Director Christopher Bell. A Chicago native, Peck was just twenty-one when the legendary director invited him to conduct a rehearsal of her CSO Chorus. Peck went on to establish the Grant Park Chorus in 1962 and the St. Louis Symphony Chorus in 1976 (where one of his choristers was the future opera star Christine Brewer). 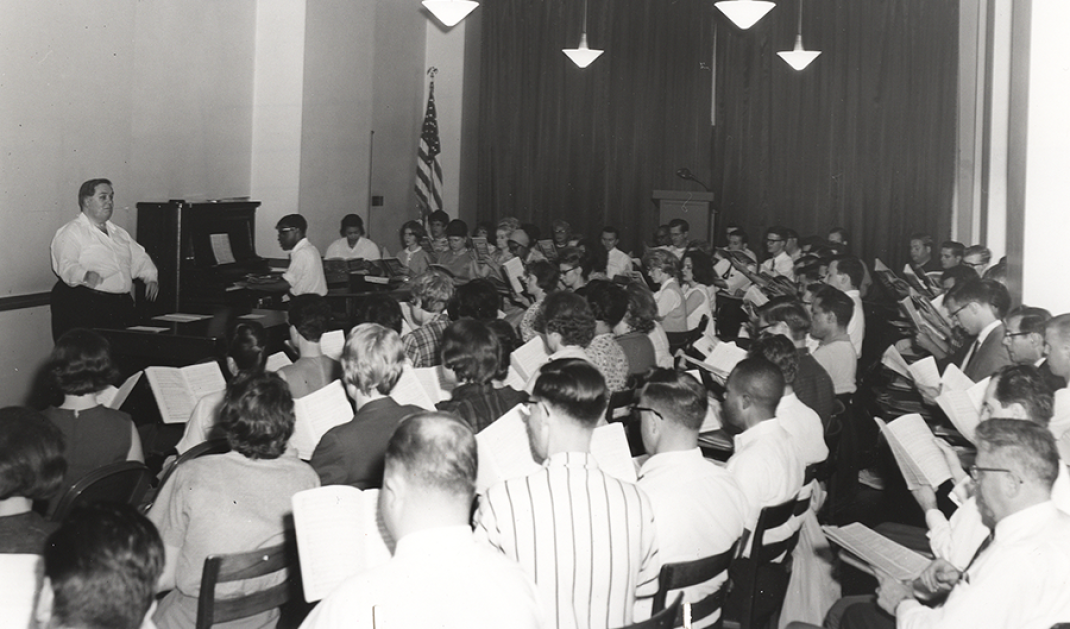 Originally, the free concerts in Grant Park took place at a bandshell to the south of Buckingham Fountain. The concerts moved to the "temporary" (it's still there) Petrillo Music Shell in 1978.

"In both these locations, the Chorus would have been almost invisible, tucked behind the orchestra or to the side," said Bell. "Only in the Pritzker Pavilion has the chorus been lifted up in full view of the audience. " 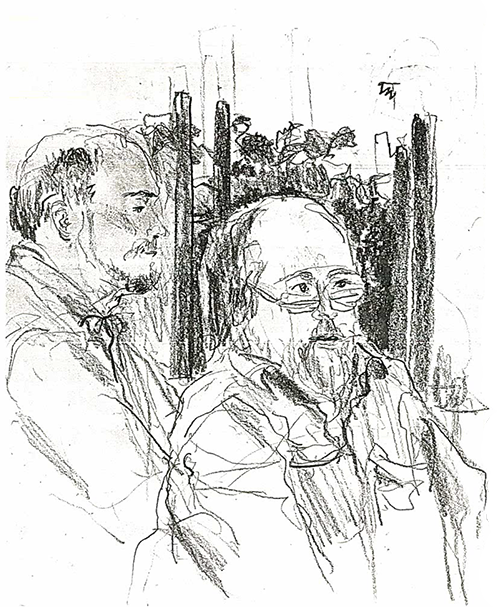 Sadly, Thomas Peck died in 1994 at the age of fifty-six. His successor and protégé, Michael Cullen, followed him in death just three years later—both men had succumbed to the AIDS crisis. After so much gut-wrenching loss, the Chorus cycled through a series of guest conductors until 2002 when the ensemble enthusiastically endorsed Christopher Bell as the next director. 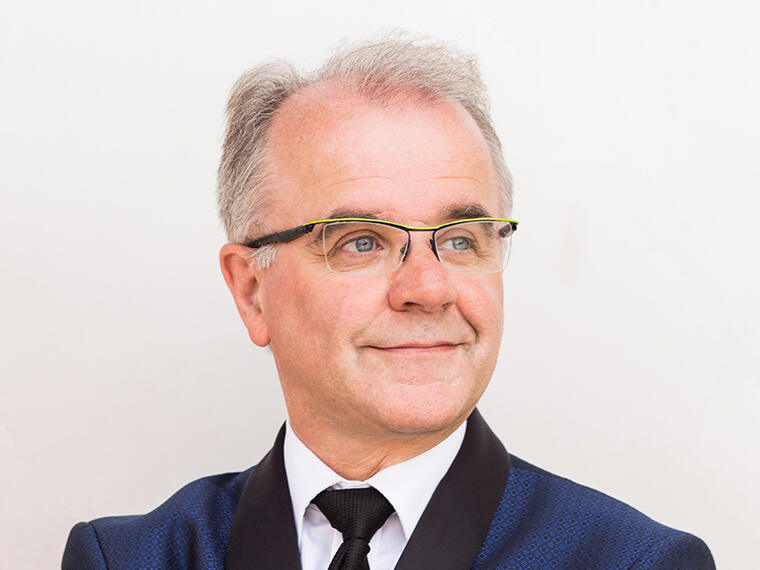 "I was blown away by the sound and ability of the Grant Park Chorus when we first met in 2000," he said. Now in his twenty-first season with the Festival, he's seen a lot of change and has auditioned thousands of singers. "A huge change in personnel has given me the opportunity to choose voices that can provide the whole range of sounds needed for a Grant Park summer schedule."

Each year the Grant Park Music Festival plays to a broad swath of Chicagoans, offering a mix of contemporary works, Broadway, Baroque, classical, pops, and Romantic music. Each of these genres requires a different approach and musical sensibility.

"I am personally thrilled to have been part of the chorus history for so long," said Bell. "It's a large, high-quality group that is very versatile, capable of turning their vocal talents to a huge variety of different styles of music." 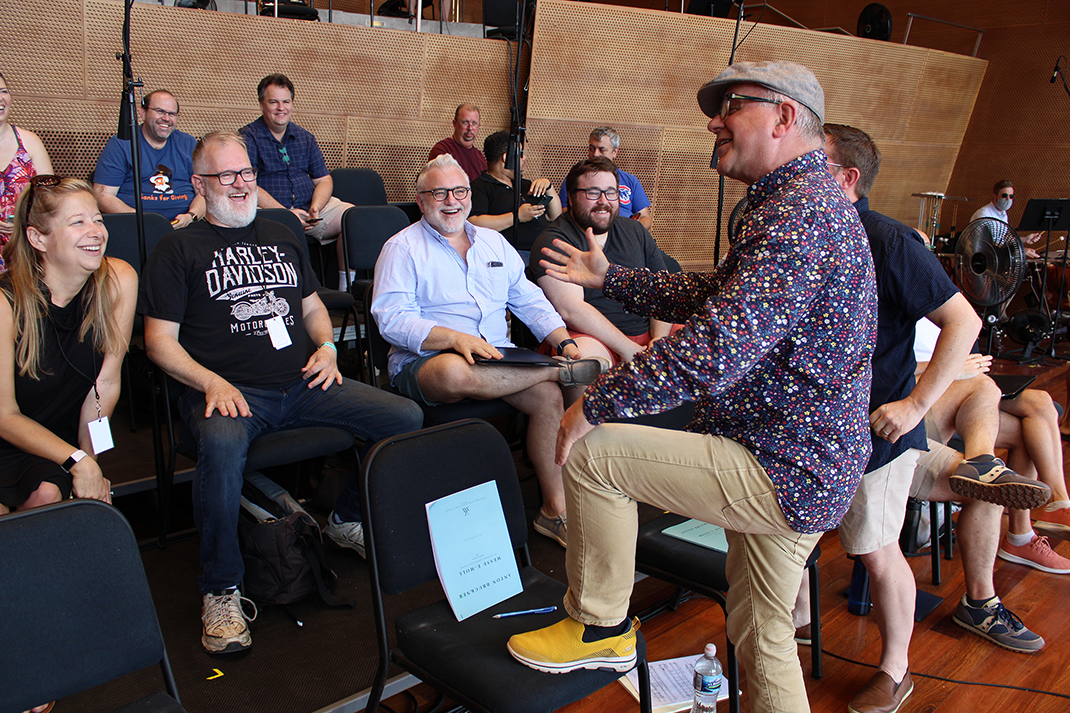 2022 promises to be an emotional year for the people of the Grant Park Chorus. In addition to celebrating the ensemble's sixtieth, its the first time the acclaimed chorus has been at full force since 2019. (Typically, the Chorus performs with more than eighty singers; in 2021, they were limited to less than half that number in order to allow for social distancing.)

"Singing in a choir has been problematic during the past two years because the virus was spread by droplets from breath and exacerbated by singing," said Bell. "For choir singers, it was like everything they had ever loved was removed, with no sense of when normality would return—if ever." To make ends meet, many singers started second careers.

In February, the Grant Park Chorus held auditions for the first time since 2019—a firm step in the direction of normalcy. At the same time, Chorus veterans have a new perspective on the music profession.

"People’s work patterns have changed," observes Bell. "The need to travel for meetings is diminished, transferred online. For some, the need to balance work/life has become more important. But I’m pretty sure choir singing will always need to be in a group, face to face—it's about connection, interaction, working together. So perhaps we’ll appreciate that bit of it more. For 18 months we didn’t have it, and it hurt."

Already, the Chorus is looking forward to performing an a cappella concert on the stage of the Jay Pritzker Pavilion in celebration of the sixtieth anniversary (August 4). It's a concert that Christopher Bell calls "A great choir with great music in a great space." Other choral concerts include music by Judith Weir and Mischa Zupko on the weekend of June 17, Britten's Spring Symphony on the weekend of June 29, Vaughan Williams' Dona nobis pacem on the weekend of August 12, and Haydn's The Creation on closing weekend, August 19 and 20.

"Our sound is special, our ability to sing different styles and genres is celebrated and we wanted to visit mostly well-known choral works that will give the audience all the smiles, the feels, and the tingles that help us say: the Grant Park Chorus is awesome."

Although the Pritzker is an acoustically wonderful musical environment, it's not without its challenges. There "The usual challenges will remain—fire trucks, helicopters, and bugs," laughs Bell. "But being on the Pritzker stage is our happy place in the summer."