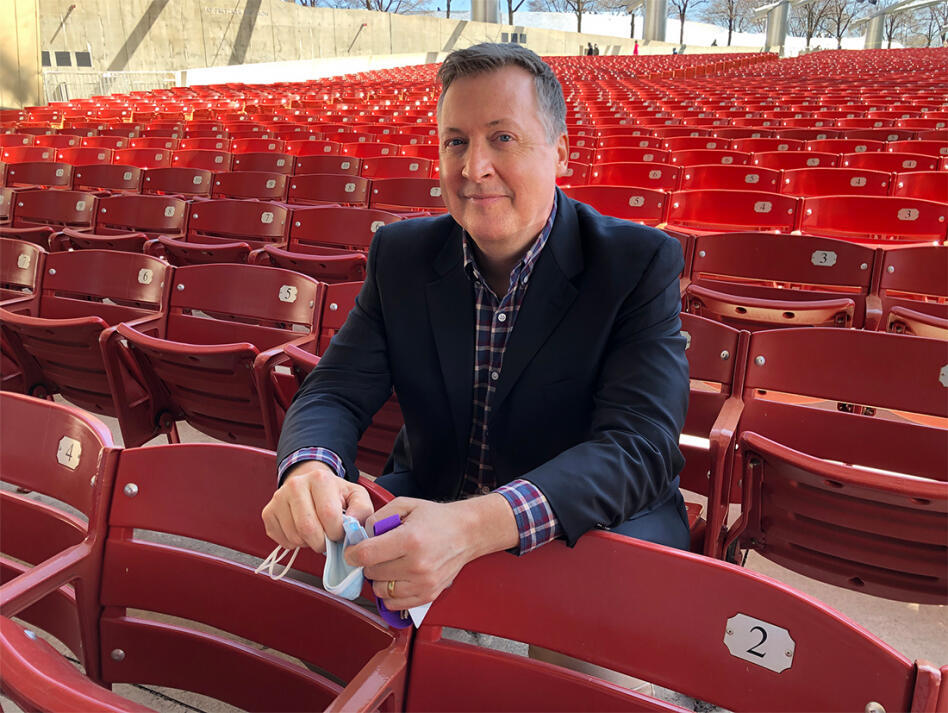 There is a playbook for launching an annual music festival—but not this year. Grant Park Music Festival CEO Paul Winberg talks about the strange and unexpected journey through a pandemic.

Unprecedented. Uncertain. Devastating. During the COVID era, certain words reverberate among music professionals. Generally speaking, their work—presenting live music—was “non-essential,” bringing an entire industry to its knees. Yet people across the spectrum ache to have it back. YouTube has exploded with Brady Bunch-style simulations. Artists have set up basement recording studios, and opera companies have moved into parking garages and drive-in theaters. To be sure, these efforts are inspiring, if less fulfilling than what we had in the Before Times.

“Music hits a reset button,” said Paul Winberg. “And after such a hard year, everybody needs that.”

As Grant Park Music Festival CEO, Winberg ended the 2020 virtual season by issuing a company-wide directive to plan the next season as if COVID had never happened.

“It would be our triumphant return with the orchestra and chorus on stage in force,” he said with a wry smile. Of course, the virus had other plans.

“Immediately after our board signed off on the programming and proposed budget, those plans began to fall apart,” said Winberg. That’s when the second wave of coronavirus hit, shuttering restaurants, museums and places of worship. As Dr. Anthony Fauci begged Americans to stay home, Winberg turned to the Festival’s artistic staff to discuss alternative scenarios for 2021. Their challenge was daunting: how do we safely present concerts given what we know about this virus and the mechanics of music making? 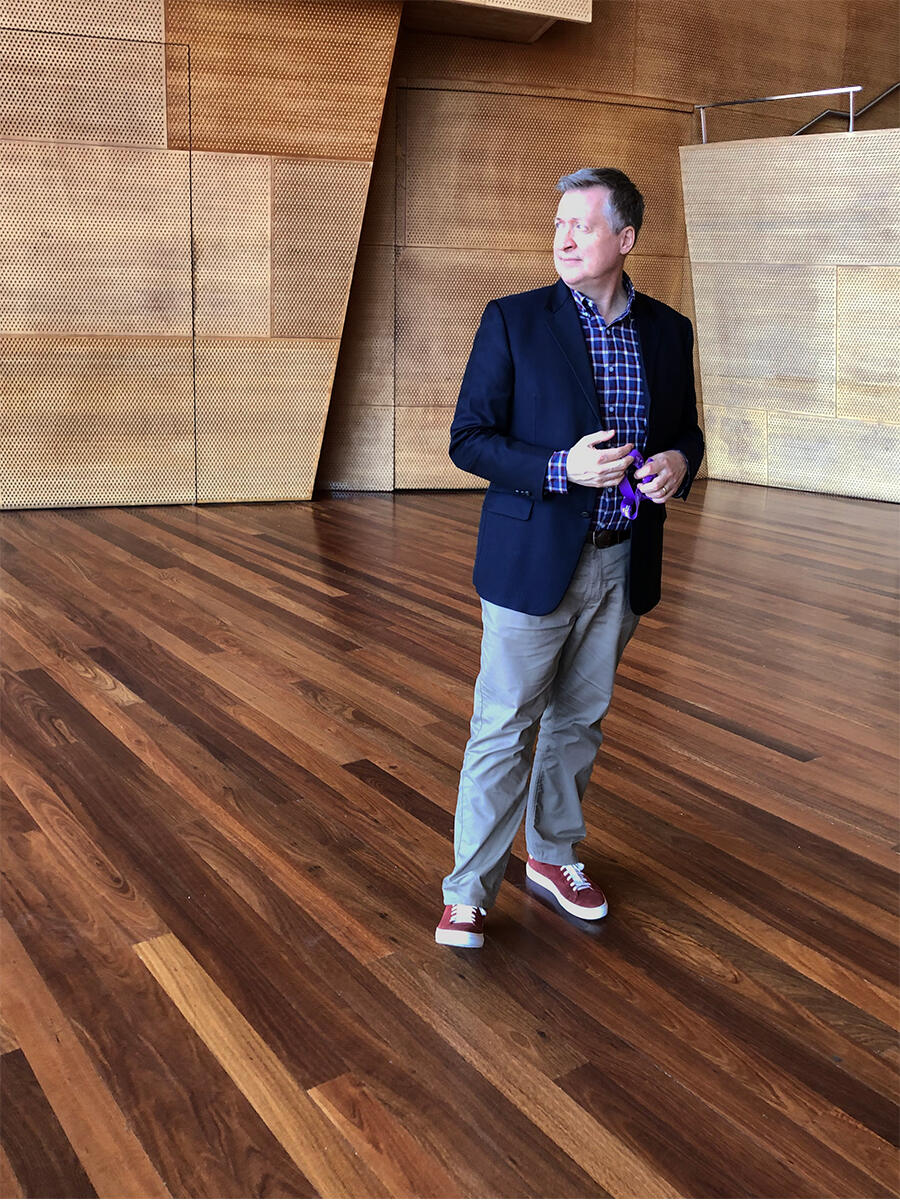 In September, the University of Minnesota issued a study involving members of the Minnesota Orchestra which assessed the volume of aerosols projected by different instruments. Researchers ranked the tuba as producing a low (appropriately) volume. They ranked the bassoon, piccolo, flute, bass clarinet, French horn, and clarinet as intermediate, and the trumpet, bass trombone and oboe as producing a high volume of aerosols.

Singing is also high, although outdoor events are, according to Anthony Fauci, “much, much safer.” This past fall, The Atlanta Opera set up a circus tent and successfully staged two full-scale productions with orchestra before live audiences. After 20 performances, the company held the virus transmission rate at zero. This and other concerts around the country created a roadmap for the Festival’s return to Millennium Park.

“This season will look very different from anything we’ve done before,” said Winberg. “But because we’re outdoors, we can find a way to bring the orchestra back, bring the chorus back, bring Carlos Kalmar and Christopher Bell back.” Already, members of the Festival staff have taken a tape measurer to the Pritzker stage to determine how many musicians and singers can safely perform there. (Happily, the stage is enormous.) With this information, they can choose repertoire in compliance with union and Illinois safety guidelines—whatever those will be when the Festival rolls around in the summer.

“At the end of the day, the most important thing is safety—for the staff, musicians and audience,” said Winberg. “That will drive our decision making. That will drive what we put on the stage.”

One of the many challenges facing the Festival lies in its relationship to the City of Chicago. The city owns and operates the Festival’s home at Millennium Park. This accounts for everything from Park security to facility maintenance and operations. 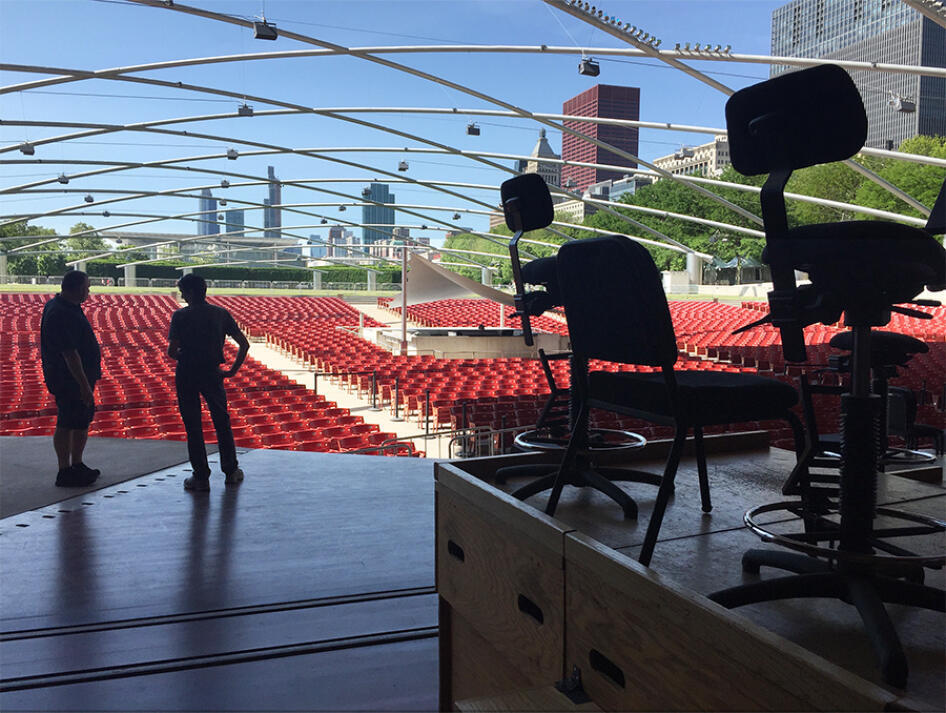 “The COVID situation has greatly impacted the city’s and the park district’s revenue,” said Winberg. “The Department of Cultural Affairs and Special Events derives a huge portion of its operating budget from the hotel and motel tax. And that line of revenue completely evaporated.” While many among Chicago's arts and culture lovers (not to mention the hospitality industry) are looking to some relief from the $1.9 trillion American Rescue Plan Act, it is likely that the Festival, itself, will have to help get Millennium Park up and running.

“Because we have such a strong base of support, we’re willing to find ways to help fill in the gaps,” he said. This may put the Festival in the position of having to help cover the costs of security, engineers, electricians, implementing additional safety protocols, and expenses involved with operating the Park’s state-of-the-art sound system.

While Winberg shoulders a greater burden to bring live performance back to the Jay Pritzker Pavilion, it is, in his mind, the only way forward.

“We have labor agreements with the orchestra and chorus that require a certain level of employment every year, and we really would like to be able to honor those. It’s important to provide employment for these artists whose lives have been completely turned upside down by the pandemic.” At the same time, Winberg is a downtown resident and has an eye on the big picture.

“COVID dramatically and negatively impacted the economic activity that goes on in the area surrounding Millennium Park and across Chicago” he said. “We need to help drive the effort to bring the city back to life.” 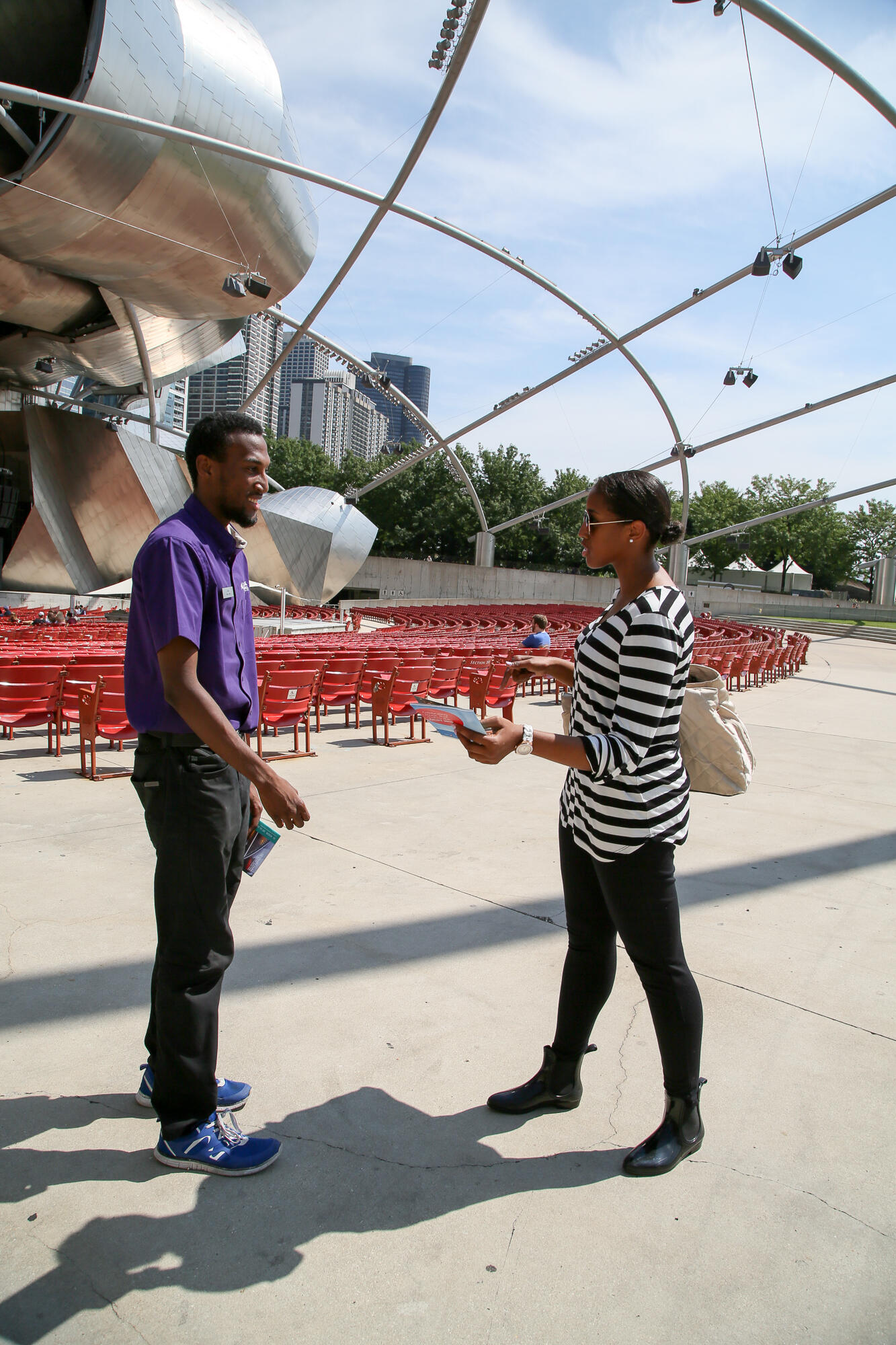 To help restart this economic engine, Winberg is in conversation with the city to establish safety protocols for the Pritzker Pavilion, impacting both front-of-house and back-of-house procedures.

“What we’ve found with COVID is that it’s not like flipping a switch,” he said. “You’re not going to wake up and discover that the virus is gone. It’s going to be a continuum in terms of recovery. You’re going to have major steps forward and steps backward. We’ve seen that already.” For this reason, planning for Festival 2021 continues apace, but with few public announcements—flexibility is a necessity in the COVID era.

“Because the pandemic has forced us to deal in this world of uncertainty and we’ve had to adapt as we move forward, we have to respectfully ask for understanding from our audience,” he said. At the same time, he acknowledges the strain it puts on the Festival staff. “So much of their work is predicated on what we’re able to produce. Normally, once we know the programming, there’s a process that kicks in governing everything from managing guest artists to marketing to fundraising. This year, all this will happen much closer to the event.”

Out of all this, Winberg remains an optimist. He feels the pandemic has been galvanizing for the staff and for the board, while enhancing the partnership between the city and the Festival.

“It’s forced us to communicate on a level that we used to take for granted—and you can’t do that in this environment. So we’ve developed stronger working relationships, stronger personal relationships. It’s also forced us to be really clear about why we exist,” he said. “We came to life to respond to the crisis of the 1930s—the Great Depression—and that’s still part of who we are. And it’s why we’ll be one of the drivers in the city’s recovery.”