Festival Auditions Draw Hundreds for a Chance at Summers in Chicago 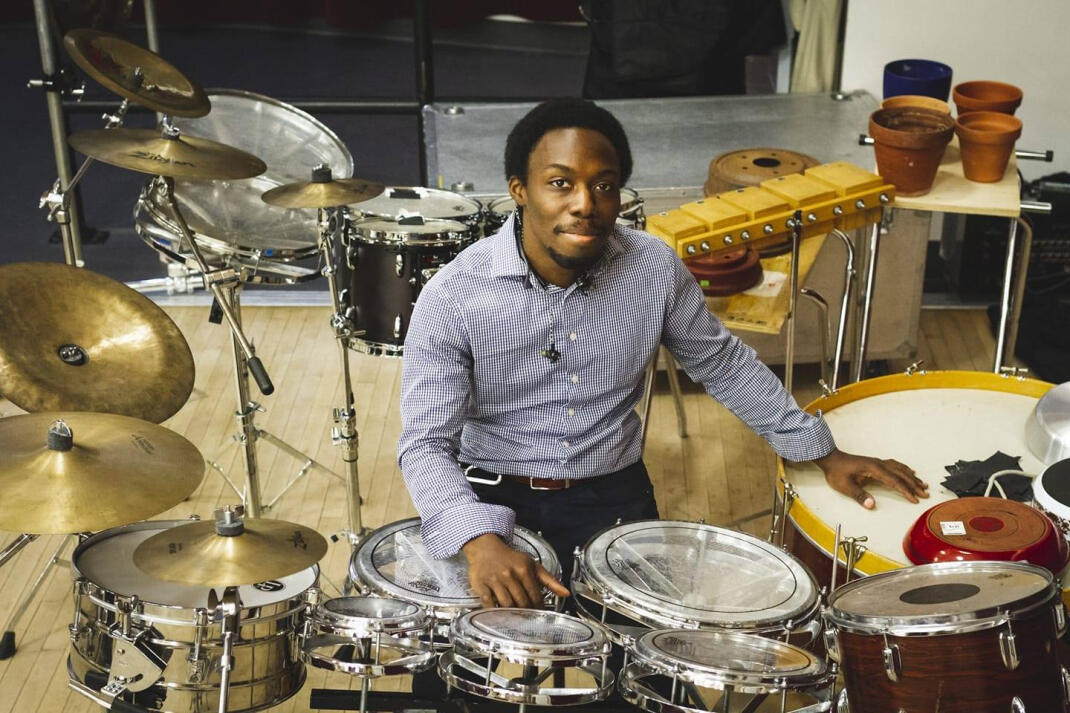 Josh Jones, a Chicago native and winner of the audition for principal percussion

They came from as far as Philadelphia, Florida, New York, and Houston—all for the chance to play Chicago's most spectacular venue.

Every year, the Grant Park Music Festival auditions hundreds of professional musicians. In 2022, there was a backlog (performing arts organizations weren't holding auditions in the spring of 2020 or 2021). After many long hours spent ushering players through practice rooms and before the audition committee, the Festival filled vacancies for principal percussion, principal oboe, second oboe, section bass, as well as a number of positions in the violin and viola sections. Chicago-native Josh Jones, currently the principal percussionist of the Kansas City Symphony, won the audition for principal percussion of the Grant Park Orchestra.

"I can't express how happy and thankful I am to be coming home," he said after clinching the top spot. "The joy is overwhelming!"

"Auditions are the lifeblood of the organization," said Artistic Director and Principal Conductor Carlos Kalmar. "Some of these people will be with us for decades. They help to shape our sound; they will be our colleagues. And they become part of a great family tree, where this musician has worked with this musician who worked with that musician and that musician. And suddenly you realize we're all connected."

In addition to positions in the Grant Park Orchestra and Chorus, the Festival's audition committee heard dozens of singers and string players who competed for spots in the Project Inclusion program, the Festival's young artist fellowship. Designed to increase diversity in the classical music field, the program has helped a number of gifted players who are early in their careers. Some are now taking auditions for tenure-track positions with the Grant Park Orchestra.

"For a while now, alumni of the fellowship have been making their mark," said Festival CEO Paul Winberg. "They're performing all over the world. Some are crossing genres to record with people like Chance the Rapper; they're playing for Hollywood. But we're really hoping some will come back to the Festival." For this reason, the Festival created a post-fellowship program to support Project Inclusion alumni through the audition process. This includes helping to defray travel expenses and providing coaching sessions in preparation for the highly competitive auditions. In 2022, two Project Inclusion alums made it to the finals, beating close to 150 other players in blind auditions for jobs in the violin and viola sections. Another young musician, who recently secured a spot in the 2022 Project Inclusion class, also made it to the finals.

"It shows the level of player in the Project Inclusion program," said Jeremy Moeller, who served on the audition committee and is assistant principal trombone of the Grant Park Orchestra. "These young musicians enter the program already at a high level, and as they take auditions around the country and gain experience, I think they'll show up more and more and come out on top."

The Festival has been operating a Project Inclusion program since 2013; the original program was conceived by Paul Freeman at Chicago Sinfonietta. Currently, one Project Inclusion alum holds a tenured position in the Grant Park Orchestra: violist Marlea Simpson.