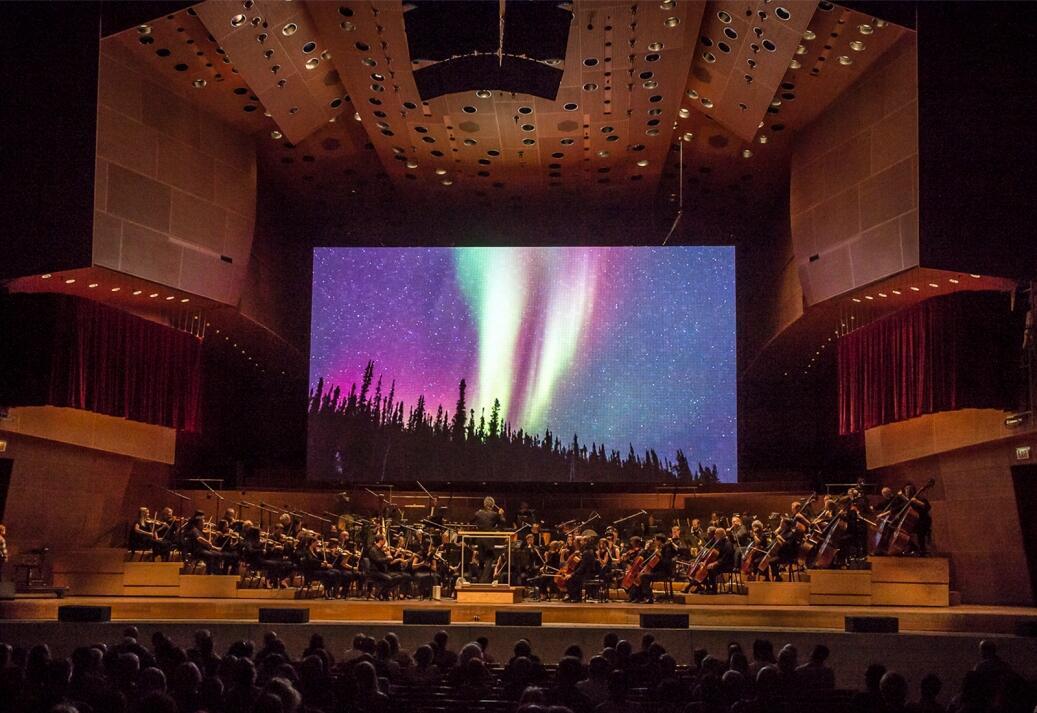 On four special nights, the Grant Park Orchestra’s performance will be augmented by spectacular visuals, featuring live performance video, images and video related to the music.

Festival HD will also include a screening of The Wizard of Oz, with the orchestra providing the live soundtrack to one of the most beloved films of all time.

CLASSIC MOVIE NIGHT: THE WIZARD OF OZ, on Wednesday, July 10 at 8 PM.

Follow your heart to Millennium Park as conductor Norman Huynh and the Grant Park Orchestra provide the live soundtrack to one of the greatest films in cinema history.  Dress as your favorite character from Oz and sing along with “Follow the Yellow Brick Road,” and the incomparable “Somewhere Over the Rainbow.”

Carlos Kalmar conducts the Grant Park Orchestra in the frenetic sounds of Rimsky-Korsakov’s famed Flight of the Bumblebee from his opera, The Tale of Tsar Saltan, based on a Russian folktale.

Making its debut in Millennium Park in 2013, the screen’s VideoBlades™ technology, developed by Lighthouse Technologies, is a large scale LED display consisting of four panels that roll up like a window shade from the floor that that delivers superb image quality outdoors on a thin, pliable surface, and has a 120 degree horizontal and vertical viewing angle, so that every seat will be a good seat!

Order a Choose Your Own 4-Concert membership and select all four events in the Festival HD series for only $99!