The Festival in the Neighborhoods 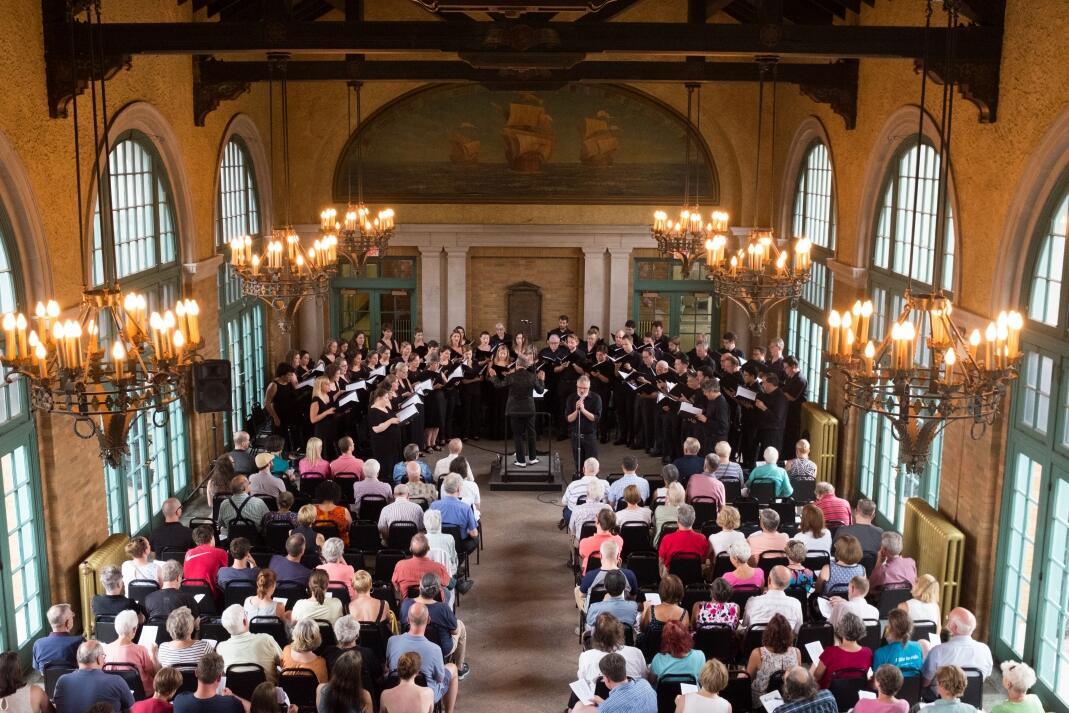 Every year, the Grant Park Music Festival goes on the road, with free performances by the Orchestra and Chorus in neighborhood cultural centers.

This season, we’re showcasing our musicians in Vivaldi’s The Four Seasons, on Monday, July 9, at the South Shore Cultural Center and Thursday, July 12, at Columbus Park Refectory. Conductor and Festival Concertmaster Jeremy Black—an Evanston native who also performs as a member of the Pittsburgh Symphony Orchestra—will lead our ensemble in one of the best-known works in the repertoire.

On July 19, the Chorus heads to the South Shore Cultural Center for an a cappella concert of spiritual music including works by Samuel Barber, Anton Bruckner, Benjamin Britten and Michael Tippet. Chorus Director Christopher Bell and our accomplished singers will reprise the program on July 22 at Columbus Park Refectory.

Presented as part of Mayor Emanuel’s Night Out in the Parks initiative, these concerts share the enrichment of symphonic and choral music with more than 1,000 residents who might not otherwise have opportunities to attend our season performances in Millennium Park. “We’re pleased to partner with the Grant Park Music Festival for a sixth summer, furthering our goal to make community parks vibrant hubs for outstanding cultural programming,” says Michael P. Kelly, General Superintendent and Chief Executive Officer of the Chicago Park District.

Of course, Festival superfans are also welcome, because we know you don’t want to miss a minute of great music this summer!