Here's What's Buzzing about Flight of the Bumblebee 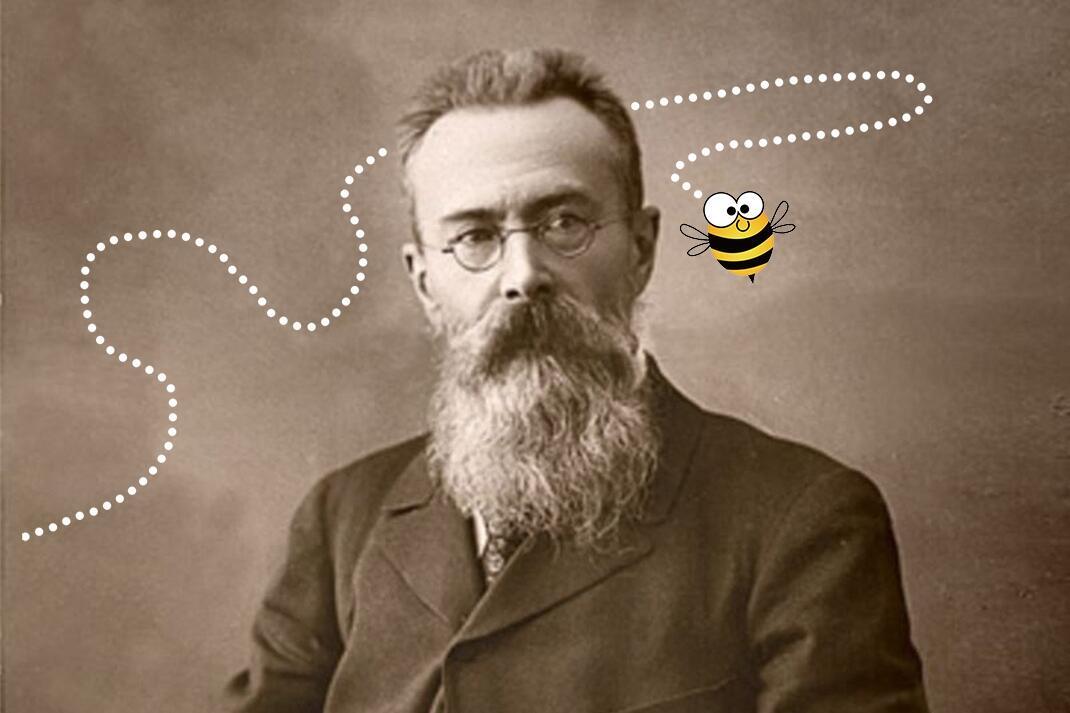 To strengthen his hands, John trapped rubber resistance bands to his fingers, giving his digits a grueling workout just before whipping off the bands and attempting the piece.

Nikolai Rimsky-Korsakov has a secure place in the annals of classical music. His sweeping symphonic rhapsody Scheherazade is one of the best-loved works in the concert hall. Digging a little deeper, music lovers might appreciate his having been a father figure to the 20th-century titan Igor Stravinsky. And they might enjoy knowing he was a friend—and informal student—of Tchaikovsky. (“Rimsky” had never studied counterpoint when he landed a job as music professor; feeling deficient, he turned to Tchaikovsky for private instruction.) But that’s another story. In fact, Rimsky’s contribution to the standard repertoire is relatively small compared to other composers, yet he carries the distinction of having written something that many a 21st-century person knows: The Flight of the Bumblebee.

He wrote The Flight of the Bumblebee as a little orchestral throwaway for a fairy tale opera called The Tale of Tsar Sultan. But the music is infectious and has been borrowed time and again for things such as The Green Hornet, The Muppets, Quentin Tarantino’s Kill Bill, and Adventures of the Sonic Hedgehog, just to name a few.  It’s also been the high-water mark for hot-dogging musicians who’ve tackled its torrential melody to impress their friends (see the Guinness Book of World Records).

To earn his spot in the Guinness Book of World Records, guitarist John “Dr. Hot Licks” Taylor measured his speed, not by the clock, but by beats per minute (and let’s he honest, at top speed, Taylor’s playing exceeds our capacity to perceive it). According to the famous book of feats and oddities, “To strengthen his hands, John strapped rubber resistance bands to his fingers, giving his digits a gruelling [sic] workout just before whipping off the bands and attempting the piece."

Trombone player Martyn Stroud might not be the fastest, nor the most musical, but you have to give him credit for shear invention. Here's The Flight of the Bumblebee played on a . . . WATERING CAN!