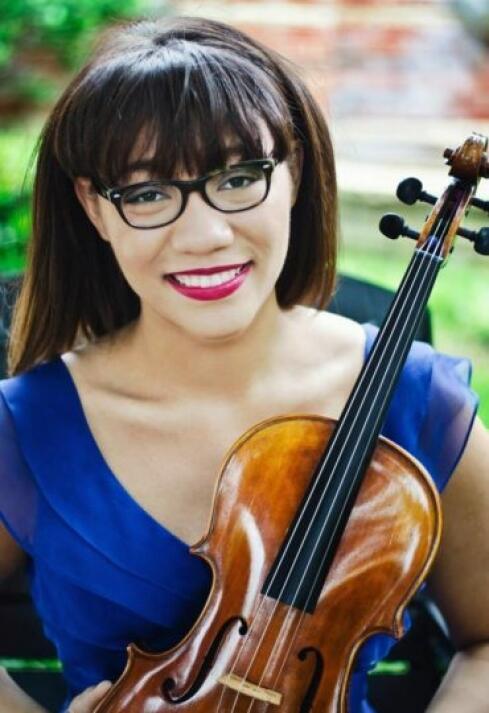 Last month, Festival Impresario members were treated to a performance on the stage of the Jay Pritzker Pavilion by the accomplished violist, Marlea Simpson, the youngest member of the Grant Park Orchestra.

Simpson, a 2015 Project Inclusion String Fellow at the Festival, is principal violist for the Chicago Sinfonietta and a graduate student at the Yale School of Music.

Simpson, who received tenure with the Grant Park Orchestra during the 2017 season, reflects on her favorite parts about playing with the Festival:

"I love Grant Park and I love Chicago, especially during the summer, so getting tenure was a dream come true. This venue is one of my favorite places to play in the world. You get to play under the beautiful skyline in front of thousands of people who are all there to enjoy classical music. And the repertoire we play is so unique. Half of the pieces, I don't know if I'll ever get to play again. It's such an amazing experience."

Simpson will be back in Chicago performing with the Chicago Sinfonietta for their Martin Luther King Jr. Tribute Concert on January 14-16.