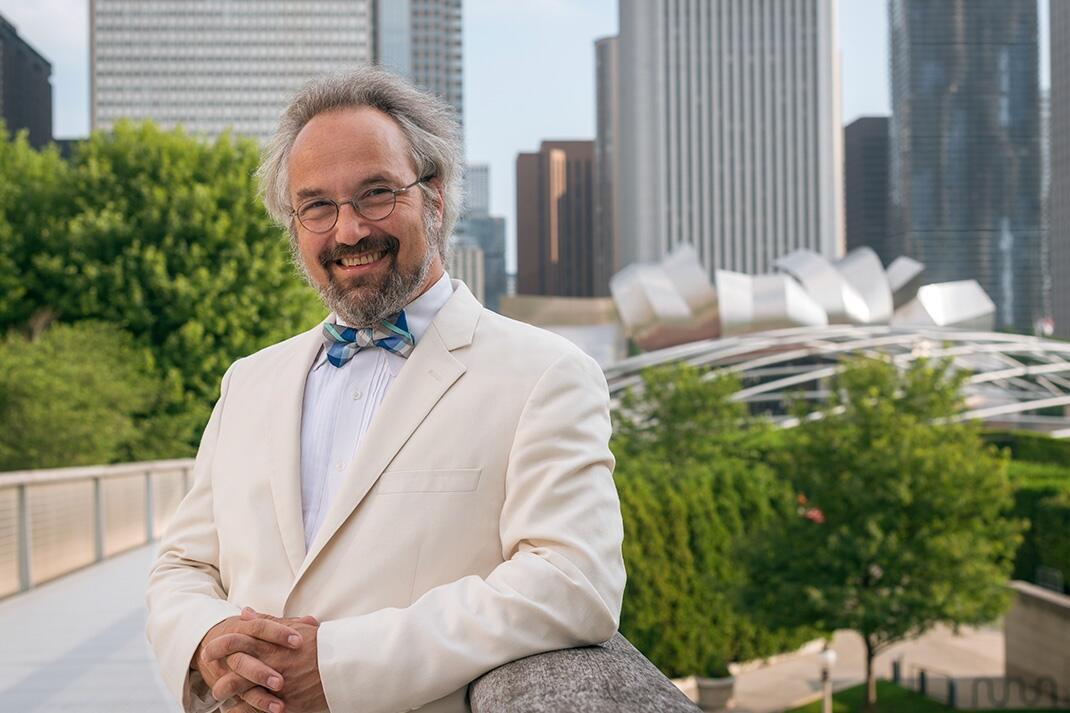 In addition to his longtime association with the Grant Park Orchestra, Kalmar served as music director of the Oregon Symphony for nearly 20 years. In May, 2021 Kalmar was named Director of Orchestral and Conducting Programs and Principal Conductor of the Cleveland Institute of Music.

In 2011 Kalmar made his highly acclaimed Carnegie Hall debut with the Oregon Symphony Orchestra, noted by New York critic Alex Ross as “one of the most gripping events of the current season”. The concert entitled “Music for a Time of War” with works by Ives, Adams, Britten and Vaughan Williams was subsequently released by Pentatone and was nominated for a Grammy Award for “Best Orchestral Performance”. He is a regular guest conductor of the Baltimore and Milwaukee Symphony Orchestras and has recently conducted subscription concerts with the Chicago Symphony, Boston Symphony, Philadelphia Orchestra, Los Angeles Philharmonic, San Francisco Symphony, Houston Symphony, Seattle Symphony and Minnesota Orchestras. In the Far East he has conducted both the NHK and Yomiuri Nippon Symphony Orchestras as well as the Singapore Symphony and Malaysian Philharmonic Orchestras.

Kalmar is highly regarded for his work with singers and has conducted at the Hamburg State Opera, Vienna State Opera (Magic Flute, Cosí fan tutte), Zurich Opera House (Figaro, Die Entführung) and National Opera of Brussels (Il Barbiere di Siviglia) in addition to productions at the Vienna Volksoper (Contes d’Hoffmann), Frankfurt (Die Fledermaus), Weimar (Rigoletto), and the Aix en Provence and Carinthischer Sommer Festivals. He regularly programmes opera in concert and oratorio with his orchestras in Oregon and Chicago.

Pentatone followed the 2012 release of “Music for a Time of War” with a recording entitled “This England” featuring Vaughan Williams Symphony No 5, Britten Four Sea Interludes and Elgar Cockaigne Overture. Kalmar’s most recent release, “Spirit of the American Range” features works by Walter Piston, George Antheil and Copland Symphony No 3 and also nominated for Grammy Award for “Best Orchestral Performance. On Warner Classics he released a recording of orchestral works by Lalo with the RTVE Orchestra in Madrid whilst for Hyperion he recorded cello concertos by Dohnanyi, Enescu and D’Albert with the BBC Scottish Symphony Orchestra. His recordings for Cedille records include a CD of American Orchestral works, repertoire by Szymanowski, Martinu and Bartok and with the Chicago Symphony Orchestra he recorded works by Joachim and Brahms.

Born in Uruguay to Austrian parents, Carlos Kalmar showed an early interest in music and began violin studies at the age of six. When he was fifteen his family moved back to Austria where he studied conducting with Karl Osterreicher at the Vienna Academy of Music. He has previously served as the Chief Conductor and Artistic Director of the Spanish Radio/Television Orchestra and Choir in Madrid as well as the Music Director for the Hamburg Symphony, the Stuttgart Philharmonic, Vienna’s Tonkuenstlerorchester, and the Anhaltisches Theater in Dessau, Germany.