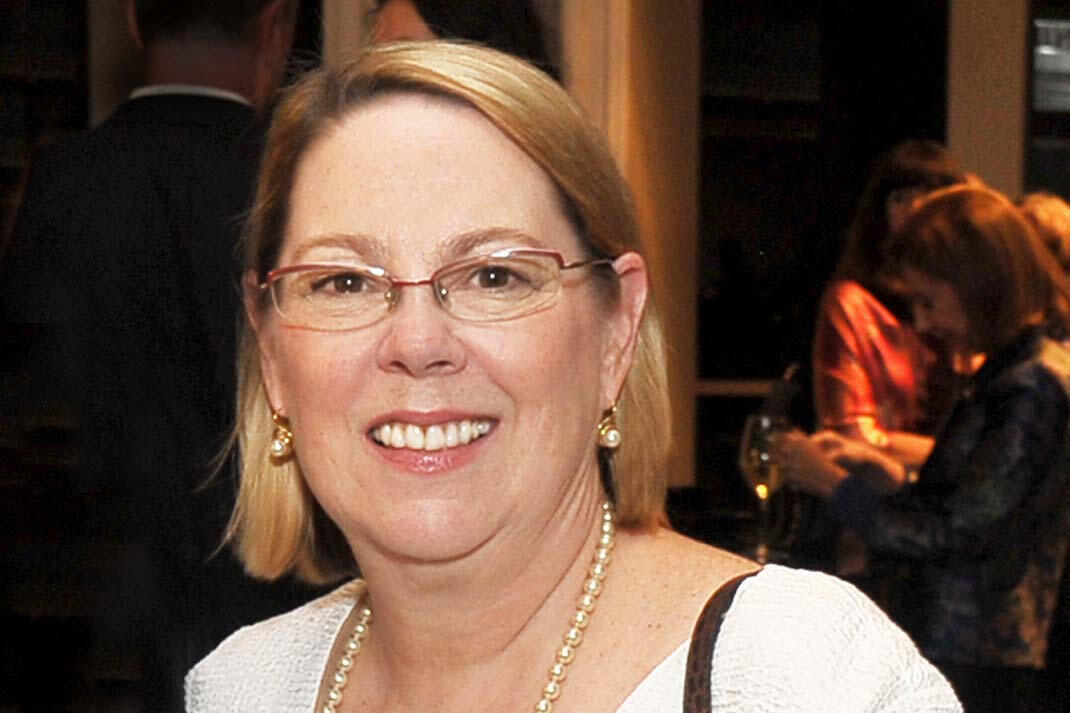 "We need people like you," said Maggie Daley. At the time, Eileen Friestad was happily working in the private sector; her life was about to change.

Eileen Friestad has a head for numbers. Although she started in theater, she built a distinguished career as a wealth manager, serving some of Chicago's most prominent philanthropists. Two decades ago, she was working for Patrick and Shirley Ryan when Maggie Daley, wife of Mayor Richard M. Daley, suggested she sit down with Lois Weisberg, the city's inimitable commissioner of cultural affairs. Friestad was intrigued.

"The Cows on Parade had just happened," she said. "And it was such a huge success for the City that they needed someone who had financial acumen to help them navigate all the funds that were coming in." She signed on as development director to the Department of Cultural Affairs and began advising all the non-profits that operated under its banner. What she found were lots of organizations with modest budgets and world-class aspirations.

"One day, Lois asked me to take on a special project. She wanted me to see if we could provide support to the Grant Park Music Festival in the way of marketing, development, and the organizing of finances," she said. This was about a year before the opening of the Jay Pritzker Pavilion.

A summertime institution since 1935, the Grant Park Orchestra's free concerts had entertained generations of Chicagoans. But suddenly the stakes were higher than that. With the construction of Millennium Park, the mayor's office had thrown its weight behind a $475 million land development—they needed the Festival to function as the anchor tenant.

Friestad and Weisberg explored the idea of pulling the Festival into the Department of Cultural Affairs, but found this to be a non-starter. (The Grant Park Orchestra draws musicians from across the country; they don't meet the residency requirement for City employees.) That's when Weisberg hit upon a solution: the Festival could become a not-for-profit organization.

In 2002, Weisberg convened a handpicked board of directors to drum up community support for the Grant Park Orchestral Association. As an employee of the Department of Cultural Affairs, Friestad sat in on the first board meetings, reporting on the Association's fundraising and finances. That's when she grew to appreciate what that Orchestra means to the city.

"I fell in love with the program," she said. On any given concert night, she witnessed people of all ages from across the city sitting together listening to music. It was simple and powerful.

Soon after the launch of the Grant Park Orchestral Association, Friestad decided to return to the private sector. As she was wrapping up her affairs, she confessed to Lois Weisberg how much she hated leaving the Festival. Ever the connector (see the New Yorker article "Six Degrees of Lois Weisberg"), Weisberg invited Friestad to stay on as a board member. Friestad agreed and helped shepherd the move to Millennium Park.

Although this change of venue has proven to be a tremendous boon for the series, it was not without its growing pains. The move fundamentally altered the makeup of the organization, impacting management and finances. Turnover at the top created even greater instability.

"I remember Carlos [Kalmar] came to a board meeting. And he said something that has always stayed with me," said Friestad. "He told us the orchestra was operating at the highest level but lacked a comparable infrastructure to support it. That's when we realized that this board needed to bring the administration up to the level of the orchestra and chorus."

Twenty years on, the staff of the Grant Park Music Festival has grown to include development officers, a marketing staff, education and community engagement professionals, artistic and patron services staff. The number of performances and free events has expanded to include a young artist program, master classes, a chamber series, and a half-day music immersion program for Chicago Park District campers in addition to its concerts in Millennium Park. Eileen Friestad serves as the chair of the development and membership committee.

"Over time, we've built a very strong board and made incredible inroads on fundraising. In 2011, Paul [Winberg] came on board to provide leadership at the top, and it's been an incredible trajectory," said Friestad.

Thinking back over the past two decades, her head is filled with memories of orchestral classics as well as some unconventional things (she is ever grateful to the Festival for introducing her to Fado, the popular Portuguese cafe music). She also has vivid memories of the first concert at the Jay Pritzker Pavilion. It was July 16, 2004.

"That night, the glass doors were closed and the place was packed," she said. "Mayor Daley was there. I think there was a ribbon on the doors. And then they opened, and the Orchestra started to play. Tears just went down my face. I thought: 'Finally, this incredible orchestra has a place to perform that was equal to the talent on the stage.'"