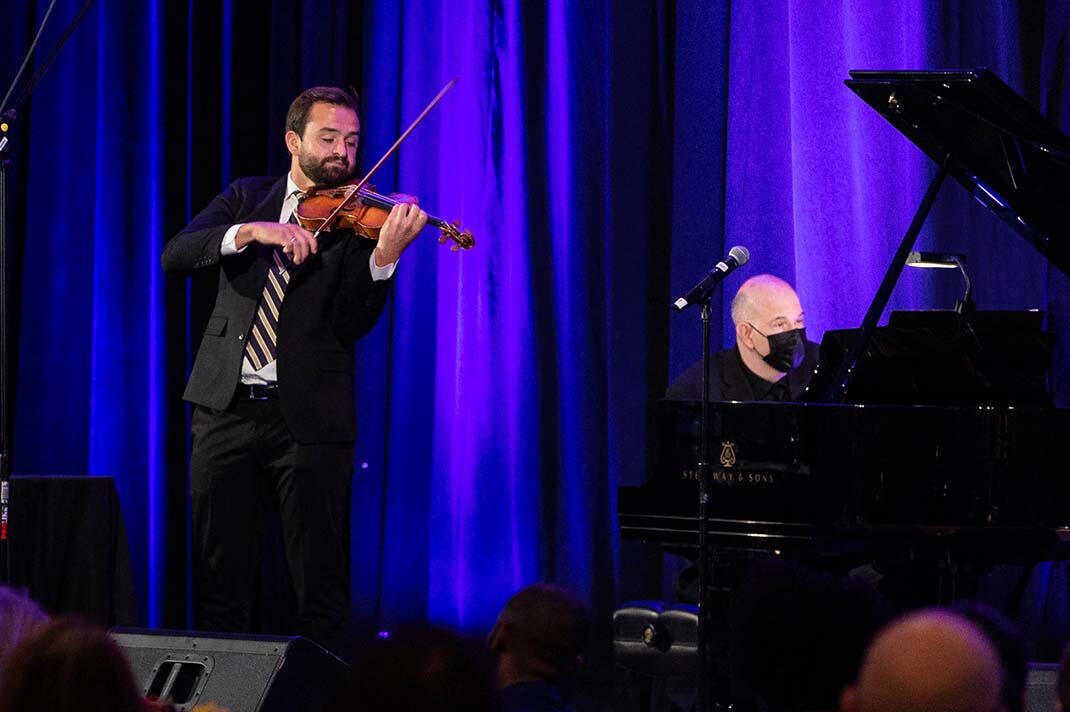 On Thursday, October 27, the Grant Park Orchestral Association hosted its Advocate for the Arts Awards Benefit, an event that helps support the Festival's free programming in Millennium Park and beyond. With proceeds exceeding $XXXXXXX dollars, Festival fans doubled down on their support of the arts in Chicago.

There's nothing typical about the Grant Park Music Festival: its concerts are free and the organization itself operates as a triumvirate between the City, the Chicago Park District, and the nonprofit Orchestral Association. Through this one-of-a-kind business model, the Festival fills an important niche in Chicago, driving economic growth while stimulating the greater arts community.

According to the 2019 Arts in the Loop Economic Impact Study, the pre-pandemic economic value of the arts in the Loop amounted to some $2.25 billion dollars. "After Broadway/Times Square, no other arts district in the United States comes close to the Loop in size, depth of offerings and participation," read the report. 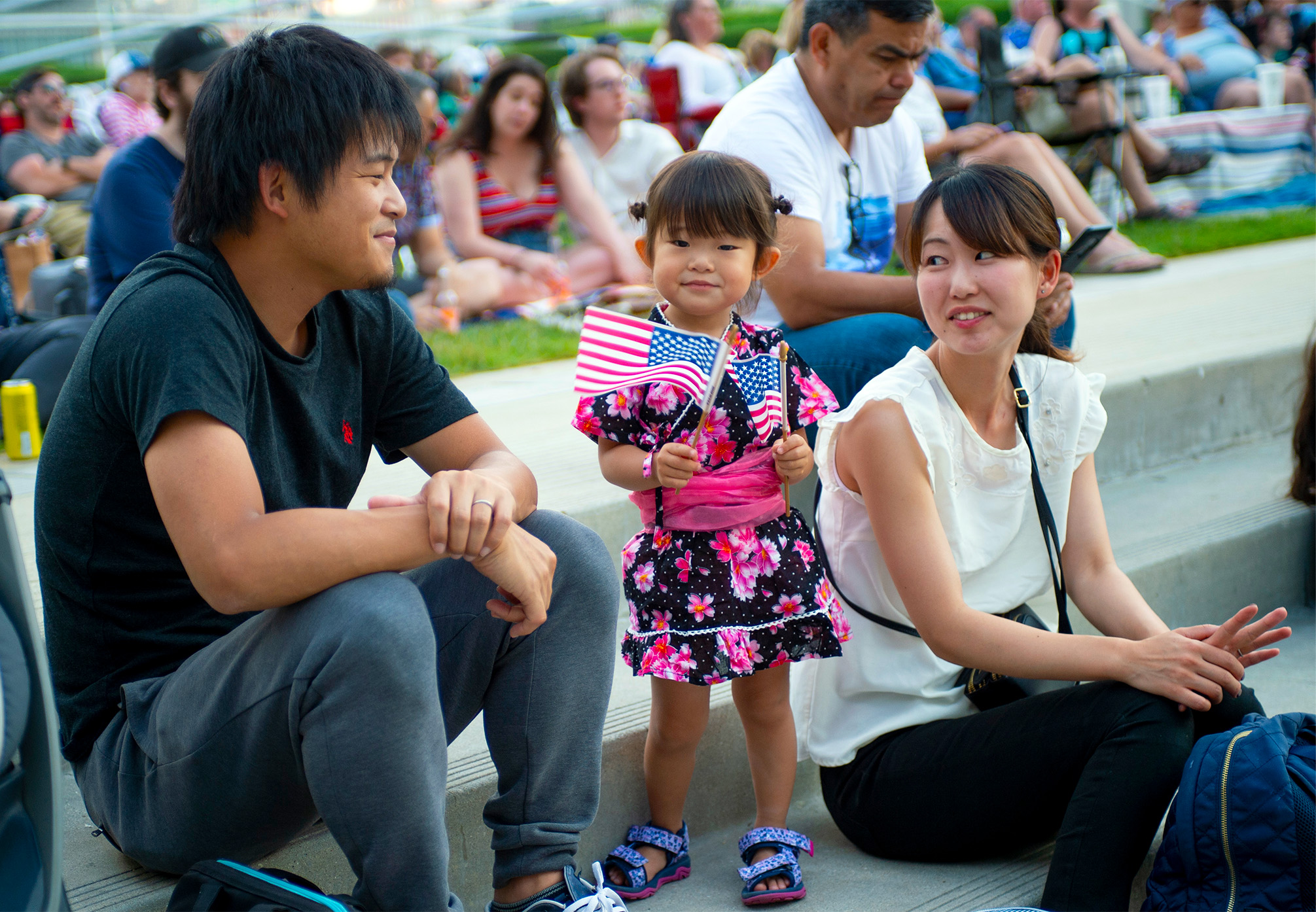 The Grant Park Music Festival sits at the center of this arts district, serving some 800,000 people around the city and beyond through its 270 events—all offered free of charge. The largest Festival of its kind, the annual summer series sits apart from other orchestral offerings in its ability to present contemporary and unfamiliar works while welcoming new listeners into its fluid and informal setting.

"I find lots of people are curious about orchestral music, but ticket prices can be a barrier—especially if the music is unfamiliar. We eliminate that barrier by making our concerts free," says Grant Park Music Festival CEO Paul Winberg. "On a nice night, we'll bring 10,000 people into Millennium Park, which is great for local businesses and builds audiences for classical music organizations all over town."

The Advocate for the Arts Awards Benefit drew over 450 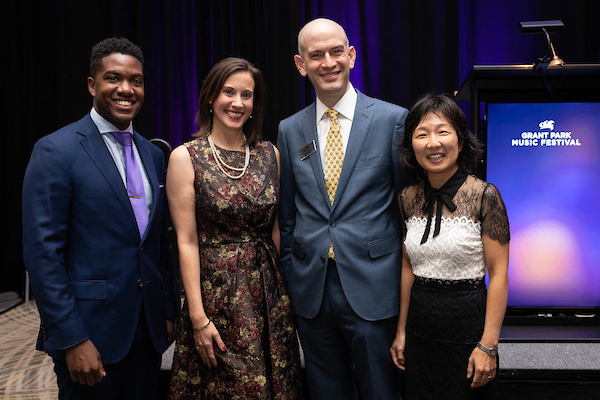 people to the Fairmont Chicago Millennium Park to mingle and enjoy live music. Throughout the course of the evening, several leaders were recognized for their transformative work in the arts and humanities, including the law firm Epstein Becker Green, which donates legal services to the Grant Park Music Festival.

Event co-chairs Jill and Emma Mueller presented the award, which was accepted by Member of the Firm Mike S. Ferrell. Ferrell joined the firm in 2019 and, that same year, agreed to serve on the Festival's board. 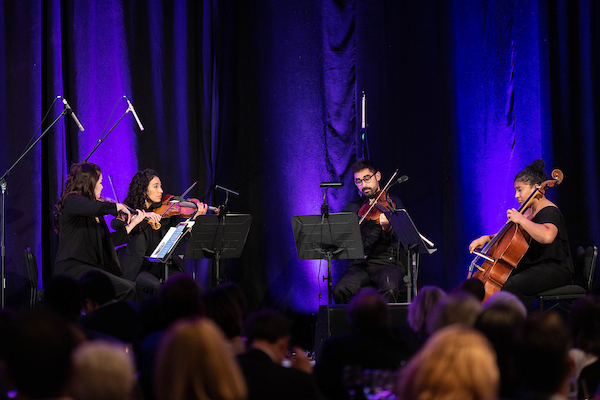 The Festival also presented an award to Norman Malone, 85, a Chicago native who distinguished himself as an educator and conductor of award-winning high school choruses. He served as a much-loved mentor to two generations of students while keeping certain aspects of his life private—he is a gifted pianist who survived a savage assault as a youth, leaving him with paralysis in his right hand and leg. Malone's story became the subject of the Kartemquin Films' documentary For the Left Hand. The award was presented to Malone by the journalist, music critic, and film producer Howard Reich.

In an acceptance speech that brought many to tears, Malone talked about his good fortune of having been born in Chicago. "Music is a fundamental part of life," he said. "And I’m fortunate to live in a city that has flaws, for sure, but is rich with musical history, tradition and opportunity. This includes the Grant Park Music Festival. I’ve enjoyed memorable Festival outings over the many summers of my life. There’s nothing better than listening to world-class performances on Chicago’s lakefront, surrounded by people from all backgrounds and circumstances who know they are witnessing something special, perhaps transformative."

Malone also lamented the state of music education in our society. "Sadly, music education has deteriorated—especially for those who need it most," he said. "So it gives me hope to see the Grant Park Music Festival inspiring children, through concerts, camps, young artist training and more."

The Grant Park Music Festival operates as a unique public-

private collaboration between the Grant Park Orchestral Association (established as an independent nonprofit in 2002), the City of Chicago, and the Chicago Park District. In this three-way partnership, the Association manages operations and fundraising; the City provides the Festival's facilities, while the Park District provides key financial support.